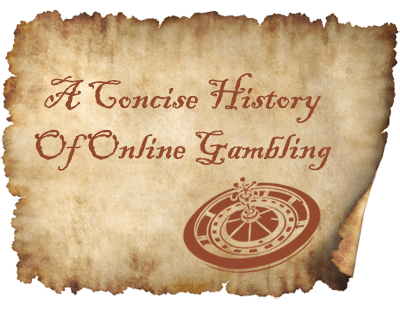 Gambling has been an integral part of human life right from thousands of years. Ancient civilizations have had gambling in different forms and this only continued over time. People in different parts of the world had gambling games unique to their own geography earlier. Migration of people across countries and continents saw these games being transported to different parts of the world, where they were influenced by unique local flavors to evolve into whole new games or exciting versions of the existing ones. The world was a disparate place earlier, and individual geographies retained their unique flavor of online gambling.

The world changed drastically with the arrival of the Internet. It connected people from different corners of the world and changed the way we live and perceive the world around us. The world truly became a closer place, and this also affected the gambling industry in a huge, positive way. With the Internet, gambling, like many other industries, went online, and became a multi-billion dollar global business in the true sense of the term.

So when did it all start? Who were the first players in the game? How has it evolved over the years? We will take a look at some of these interesting issues in this article.

It all started with the Internet, we all know. But when did the concept of the online casino actually become feasible? It all started back in 1994, when the Government of the island nation of Antigua and Barbuda passed a legislation called the Free Trade & Processing Act. This Act effectively was what triggered the possibility of online casinos operating; before it even though the technology had evolved enough to make online casinos a reality, there were legal hurdles to be overcome. The Free Trade & Processing Act made it possible for gambling licenses to be granted to operators wanting to provide these services over the Internet.

At the same time, a company was formed out of the Isle of Man, called Microgaming. This company came out with a software program that was destined to change the world of gambling. This was an online gambling software, and Microgaming made it secure, by using software developed by another online gaming software outfit called Cryptologic, to enable online transactions.

With this technology in place, Microgaming launched The Gaming Club in 1995, which it claims is the first online casino ever. Of course, there are other versions as to which was the first. Another casino launched by Cryptologic, Intercasino, which was launched in 1996, is definitely among one of the first few online casinos to hit the ground running.

Both Microgaming and Cryptologic were key influencers in the early days of the online gambling industry. They had a vital role to play in terms of the development of the software required to provide online casino games and also facilitate secure online transactions. Of course, in those early days, the software had severe limitations and there were much fewer games compared to today, but the main point was that the launch had been made. It was now only going to be about pushing forward in the right direction.

In 1996, another event happened that led to the beginning of the surge in the online casino population. In the Mohawk Territory of Kahnawake in Canada, the Kahnawake Gaming Commission was established. This was a regulatory authority that had the power to grant licenses for online casino operations. Even today, it is one of the most well-known regulatory bodies and has granted licenses to countless online gambling operations, many of whom are among the online casino elite.

The boom in the online casino industry can be tracked through one simple piece of statistic from the 1990s – from 15 online casinos in 1996, the number had shot up to more than 200 in 1997. There are other vital pieces of statistics to authenticate this boom – a report in Frost and Sullivan showed a massive increase in online casino revenues in 1998: that year it had exceeded $830 million.

The Next Step – The Arrival of the Online Sports Book

Online gaming has never been only about casino games, sports books have been hugely popular as well in the traditional sense of the term 'gambling'. So once the casinos found their way online over the Internet, it was only natural for the sports books to follow suit. The technology was there, and the first steps had been already taken, and in 1996 the first online sports book, Intertops, came into existence.

There was an initial period of hesitation among the rest, as they all waited to see how it would all work out. But in a short while, seeing the enormous popularity of Intertops, many other online sports books also started launching. The new entrants were a mix of existing traditional operations who went online to take their popularity and reach to the next level and new comers who knew a good deal when they saw one. While the industry offered healthy promotions, including cash back offers and tournaments for players to participate in, initially, it reached a degree of maturity over the years as the realization set in that people were going to use their services anyway, and soon the huge promotions were streamlined.

Around the year 2000, the next step was taken in the sports book arena. Along came an entity called BetFair that would change quite a few things about how sports books functioned. BetFair enabled players to place bets among themselves and that is how peer-to-peer betting came into existence online. This was the precursor of what we call exchange betting today. With the sports book an established online gambling entity by now, the next logical step was the introduction of live betting. This happened in 2002, and it allowed people to place wagers on a sport or event as it was being played. From there, today we have gone on to mobile betting.

With so much happening in terms of online gambling, it was only natural for poker to find its way to the Internet as well. And so it was that the first online poker website came into existence in the form of Planet Poker. Planet Poker was launched sometime in the beginning of 1998 and did very well initially. However, it had to fold up because of technical issues related to download and Internet speeds. That did not deter other players from taking a shot, and Paradise Poker and a few other poker websites launched in 1999, mostly out of Costa Rica.

The new poker websites learned from the Planet Poker experience and used upgraded technology to tackle the speed and download issues and also ensure stability. They also expanded the range of games on offer, with games like Seven Card Stud and others joining the already showcased Texas Hold’em. The natural progression from online poker games was of course online poker tournaments, and the first online poker tournament was started in 2000 by Poker Spot.

By 2001, outfits like Party Poker and Poker Stars took center stage and further modified the game range. Party Poker is credited with launching tournaments that gave players direct entry to live poker events. Poker Stars then got involved with the launch of the World Championship of Online Poker. What this did was give people a chance to actually dream of glory, and one such person was Chris Moneymaker. He won the first World Series of Poker tournament in 2003, and he did it in style, qualifying for the main rounds through a $40 online tournament hosted by Poker Stars.

The Legal Hurdles for Online Gambling

While online gambling was seeing an explosion in popularity worldwide thanks to the Internet and its ability to connect the entire world, there were a lot of grey areas surrounding it as well. For starters, there was no fixed law to ban online gambling. When it came to countries like the USA, the existing laws were simply not enough to proscribe or ban online gambling. Operators took advantage of this slack and online casino continued to be launched unabated.

The Internet Gambling Prohibition Act did come up in 1999 in the USA, but it failed to get clearance. This law would have stopped operators from offering online gambling to citizens of the USA. In Australia, however, the Interactive Gambling Moratorium Act did get cleared. It was passed by the first Australian Federal Government in 2000. Under this law, an online casino would be considered legal in Australia only if it was licensed and conducting operations before May 2000. The USA did get back with the Unlawful Internet Gaming Enforcement Act (UIGEA) in 2008 and this law has caused a number of online casino operators to shut down their US operations and refuse players from the USA real money play.

There were quite a few online casino and poker websites that tried to continue servicing US players. However, the US government went after them and in 2011, three online gambling majors – Poker Stars, Full Tilt Poker, and Absolute Poker – had their websites seized and shut by the US government. However, currently the debate about the legalization of online gambling has surfaced again, and some states are contemplating legalizing it.

Even with all the confusion and legal hurdles that online gambling faces, it continues to be globally popular. Online casinos have, over the years, looked to cash in on regional markets across the world by providing the casino and also customer support in multiple languages. Some of the online casinos are available in more than 20 languages, meaning people from all the locations where those languages are spoken are able to play at them comfortably. Not just that; many casinos also accept the currency of the different target countries, making it easy for players from those countries to play using the local currency, without the need for currency conversion.

Online casinos have caught on in a big way in South Africa and there are a quite a few online casinos offering their games and services to the local population. These include casinos like Casino.com, Winner Casino, Springbok Casino, Silver Sands Casino, Bet365 Casino, Thunderbolt Casino, Club SA Casino, and many others. At these casinos, you can make payments directly in South African Rands (ZAR), a fact that these casinos advertise on their home page. There are also companies providing extensive information and reviews of these South African casinos, including rankings.