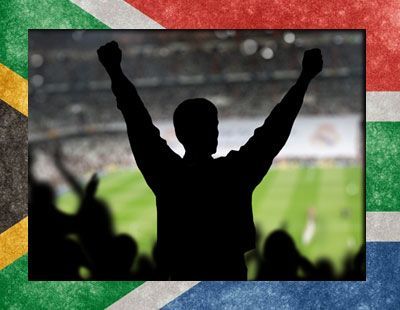 Background and History of Gambling in South Africa

Gambling has been a part of human civilization for a long time now. It has flourished despite being frowned upon and, in many places, banned. Each geographic location in the world has its own story about gambling and also different forms of gambling. One of the most commonly found gambling activities in many countries worldwide is sports betting and bookmaking related to that. South Africa has an interesting background and history when it comes to sports betting and gambling in general, both traditionally offline and also online.

Gambling itself was hugely restricted in South Africa for a long time, some say since 1673. In terms of gambling in the modern era, things were no different in the 1960s. IN 1965 the government passed the Gambling Act, which effectively banned all forms of gambling. The only activities that were spared the ban was horse racing; it was considered a sport for a long time - more than 30 years - and so was excluded from the ban. That meant the only place people could place bets there was at the races.

The ban gave rise to scores of illegal casinos. A few of the bantustans - also called homelands, which had marginal levels of independence - were the first physical locations where illegal land-based casinos sprung up during that time. These included:

Things reached a stage where a study in 1995 estimated the presence of close to 2000 illegal casinos in the country. However, change had been in the air for the while and when it finally came, it affected the gambling industry in the country too, in a very positive way.

The 1990s were tumultuous years in the history of South Africa. It signaled the end of the apartheid era and the declaration of official, all-inclusive elections. A new democratic government under the stewardship of the legendary Nelson Mandela was sworn in during 1994. The new government lifted the ban on all forms of gambling. Licensed casinos were established for the first time in 1996, thanks to the passing of the National Gambling Act. A single national lottery was also launched. At the same time, horse racing was declared a gambling activity, which made betting on it legal.

The amendment in 2008 was necessary because the National Gambling Act of 2004 did not allow for interactive gambling or online gambling, with specific reference to casino games, poker, and bingo. Online gambling for horse racing and also online bookmaking was considered legal as long as the valid licenses are in place and the rules adhered to.

The current laws in South Africa allow gambling. After the new Constitution was adopted, the country was dividing into 9 provinces. Each of these 9 provinces now has its own gambling and racing board, which function more or less like gambling commissions. All bookmakers and sports betting/casino operators have to obtain licenses from the board in their respective regions to operate casino or bookmaking/sports betting operations. Players have the freedom to choose a bookmaker regardless of geography.

Interestingly, there is no tax when you bet on any of the different sports. And there is no taxation for those engaging in betting as a recreational activity either. However, there is a 6% tax on horse racing. That is why sports betting has become increasingly popular in recent times and horse racing seems to be on a slow downward slide; sports betting does not invite taxation. When it comes to horse racing, the organization that controls most of the betting operations in KwaZulu-Natal and Western Cape is Saftote, with Gold Circle conducting the operations. Across the remaining parts of the country, it is done by Phumelela.

Each of the 9 provinces in South Africa has its own gambling authority. They are listed below:

Each of the licensing authorities for sports betting and bookmaking in South Africa were formed to oversee the different aspects of online and land-based gambling in their respective provinces. These boards were tasked with the functions of:

Each of the provincial licensing authorities in South Africa has a list of current and existing licensees. Some operators have licenses in multiple provinces, while others have licenses to operate only in specific provinces. All licensees follow the standard procedure laid down by the gambling boards of each province for grant of license, starting with filling out of the form available. We list some of the licensees for the different provinces below.