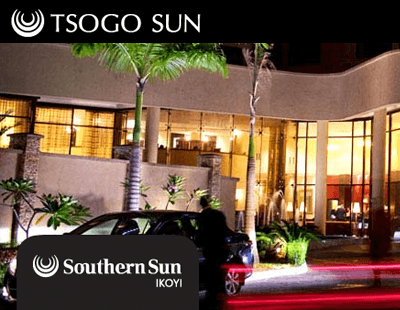 South African gambling, hotel and entertainment group, Tsogo Sun, has revealed plans for the continuation of their Africa growth strategy. Two hotels, located in Mozambique and Nigeria have been earmarked for the expansion project with around $100 million to be invested into the project.

Tsogo Sun has been involved with multiple investments throughout Africa and the latest project will bring the total of their investment up to about $288 million. The company plans to invest around $30 million into the expansion of the Southern Sun Maputo Resort in Mozambique.

According to Tsogo Sun, Mozambique has been showing signs of economic growth and the hotel resort will be expanded into adjacent property owned by the hotel, to grow from 160 rooms to 270. It will also receive new conference facilities.

He continued that the group expects the expansions to the hotel to “cement the Southern Sun Maputo as the destination hotel of choice in the city.

As part of the Tsogo Sun African expansion, the casino and hotel group plans to invest $70 million in acquiring a 75 percent stake in Ikoyi Hotels Limited, the holding company of the Lagos Southern Sun Ikoyi Hotel which has 195 rooms, a restaurant, business facilities and meeting rooms.

”This acquisition will cement our presence within the fast-growing and progressive Nigerian economy, as well as provide a base from which to expand our operations in Nigeria,” stated Von Aulock.

Tsogo Sun is the leading gaming, hotel and entertainment group in Africa. Based in South Africa, the group operates casinos throughout the country, including South Africa, Mozambique, Nigeria, Kenya, Tanzania, Zambia and the Seychelles.

Following legislation of the gambling industry in Africa in 1994, Tsogo Sun has been successful in applying for casino licenses in South Africa. In addition, the group has spread globally and operates fourteen casinos in countries around the world.

According to Von Aulock, “The investments totaling $100 million will be funded through a combination of existing offshore cash and new US$-based borrowing facilities.