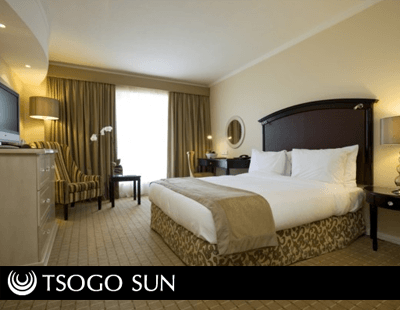 South African hotel, gaming and entertainment group, Tsogo Sun, has released a financial report that indicates that business growth has risen above inflation. The company remains cautious in their outlook for the hotel division, despite some recovery in that sector. Gambling operations recorded mixed results.

According to Marcel Von Aulock, Chief Executive Officer at Tsogo Sun, “The Durban market is particularly strong.” The new Suncoast Casino in Durban, together with the Silverstar Casino and Montecasino in Johannesburg and the Emnotweni in Mpumalanga performed especially well. Exposure to Durban and large urban casinos improved the company’s gambling operations according to Von Aulock.

On the other hand, other gambling operations, including the Sandton Convention Center, the StayEasy Century City hotel and head office costs, all recorded a net loss of R185 million. The Goldfields Casino in Welkom in the Free State also experienced difficult conditions.

Tsogo Sun is continuing with its casino refurbishment plan and is investing $179 million into the project. Among the projects they are investing in are the Emnotweni Casino, the Silverstar Casino, the Gold Reef City Casino and Theme Park, the Southern Sun Maputo and the Garden Court Blackrock hotel/

”We are focusing on countries where we already operate,” said Von Aulock. “Africa is not one homogenous pot.”

Group Remains Cautious of Growth in the Hotel Division

While Tsogo Sun experienced growth in April and May, they remain cautious in their outlook for the hotel division of their business. The company experienced a recovery of hotel occupancy rates; however room rates did not indicate recovery.

”The best situation is when both your occupancy and room rates are recovering, but that is not the case,” commented Von Aulock. “The market is not booming yet and chances are we are going to be in that sort of environment for a while.”

Financial results for the year ending in March indicated a five percent increase year-on-year, although the overall revenue for the company’s hotel division in South Africa rose 19 percent to R1.9 billion and ebitda rose 20 percent to R615 million. According to Von Aulock, Tsogo Sun has seen improvements in its hotel division due to the fact that it caters to high-end customers.