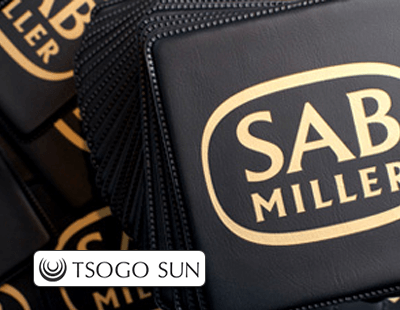 UK-based beer brewer, SAMBiller has announced a decision to sell their stake in leading South African hotel and casino group, Tsogo Sun. The decision was made after months of deliberation after the company began a strategic review in April 2014.

SABMiller bought its first stake in Tsogo Sun in 2002 and today it holds 39.6 percent, all of which it plans to sell as part of a strategy to focus on their core businesses.

Tsogo Sun to Buy Back Stake

About a third of SABMiller stake in Tsogo Sun will be bought back by the casino group itself. The remainder will be sold over the course of the month to institutional shareholders through a private placement.

The 39.6 percent stake is valued at R11.7 billion. The third of the stake, or around 130 million shares, that Tsogo Sun plans to buy back is worth approximately R2.8 billion, a discount on the private placement price. Tsogo Sun is waiting for approval by shareholders before buying back the shares.

SABMiller to Move Away from Gaming Industry

SABMiller has said they will be selling the shares in an effort to focus on their core businesses, of which gaming is not a part.

"Gaming and hotels are not core to our operations and we have concluded that the time is right for us to exit our investment through a transaction which is beneficial to shareholders of both SABMiller and Tsogo Sun," announced Alan Clark, Chief Executive at SABMiller.

According to Clark the company would reinvest the income from the sale into further growth of their business, including their operations throughout Africa.

"We support Tsogo Sun in buying back the shares," commented Johnny Copelyn, Chief Executive Officer of Hosken Consolidated Investments Limited, the biggest shareholder of the casino operator with 47 percent stake in the company. "It's a good company. The industry has a good future."

Tsogo Sun is a leader in the hotel, gaming and entertainment industry in Africa. The company owns 92 hotels throughout Africa and the Middle East and fourteen resorts and casinos in South Africa. It also owns cinemas, theaters and restaurants.

The deal is expected to help boost earnings for Tsogo Sun and improve liquidity in its shares.

"It is stock that has very good qualities, but its relatively small float has placed some restrictions on large investors to invest," commented De Wet Schutte, an analyst at Avior Research. "We believe this deal would assist the valuation of Tsogo Sun."