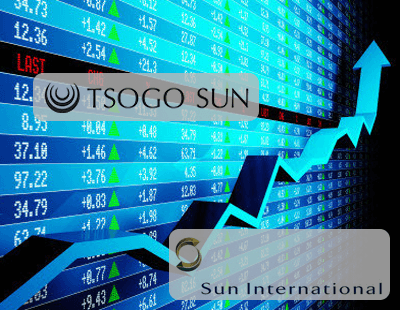 Despite consumers being under heavy strain according to the medium-term budget policy statement this week by Finance Minister, Nhlanhla Nene, the two Africa-based gaming companies Tsogo Sun and Sun International have fared particularly well.

Industry analysts have high expectations for both companies, suggesting they would make good investments. The companies' share prices are expected to go up over the next year, with Tsogo Sun rising more than Sun International.

He added that Sun International is "trading well below what we calculate its intrinsic value to be, based on normal profits, given the good assets of the business."

Sun International has currently undergone some major changes after underperforming for years. While its margin and earnings are on the rise, they have not yet achieved the peak value they reached in 2007/9. However, they are certainly on the rise and investors are taking note of the trend.

At the same time there is some concern over the impact that the battle between Tsogo Sun's 47% owner, Hosken Consolidated Investments (HCI) CEO, Marcel Golding with its parent company e.tv will have on the company. Golding stepped down from his role of CEO after losing a court bid to overturn what he claimed was unfair dismissal. He was originally suspended on allegations of  "gross misconduct."