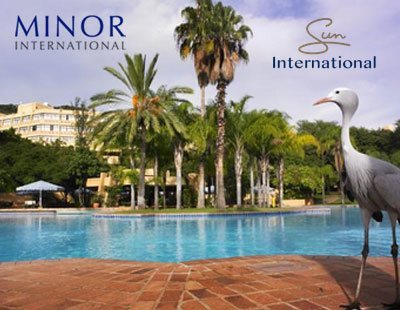 Leading South African leisure and entertainment company, Sun International, will progress with its partnership deal that it signed with Minor International Public Company Limited (MINT) in August 2014, despite delays.

According to the terms of the agreement, Sun International will sell eight properties across five countries in Africa to MINT. This is part of their plan to reduce their stake in the continent. The original terms of the deal have now been amended to allow the transaction to be implemented in part despite delays experienced in two of the countries.

The proposed partnership was announced in August, 2014. Through the deal, Sun International is reducing its Africa stake by 20-50%, although the company will continue to provide management and other related services to the casino operations. MINT will take over the hotel management, marketing and distribution through its AVANI and Anantara brands.

The deal is part of Sun International's plan to reduce its interests in Africa and increase its focus on its Asian and Latin American markets which it has identified as key growth markets for its core casino operations. Sun International has indicated that it will use the income from the transaction to reduce its debt and provide scope for its expansion plans. It will allow the company to enhance its strength as a casino operator and to boost its capital allocation.

MINT already has assets in Africa including eight luxury game lodges and resorts in Tanzania and Kenya under its Elewana Collection and five hotels in Mozambique under its AVANI and Anantara brands. The transaction agreement with Sun International fits in with MINT's expansion plans for Africa.

Delays in the Deal

The transactions in Namibia and Swaziland have been delayed with regulatory conditions in Namibia still needing to be met. The original terms of the condition have been amended and the transaction has become unconditional to allow for the deal to progress without the components that are being delayed. This includes Swaziland and the portions of the Namibia component that are awaiting regulatory approval.

"The parties continue to work towards completing the Namibia and Swaziland components of the transaction within a reasonable time period," Sun International announced.