Africasino players are very busy during this exciting Festive Season. Santa’s Surprise was fun, while Merry Spinmas, and the Booongo Tournament are still underway. Get playing now for the chance to win prizes that will take you into the New Year.

Get ready to enjoy five top game relaunches from Spinomenal and Africasino, operated by Equinox Dynamic. Celebrate the releases with great gifts at Africasino. When you play Demi Gods 2, Lillith’s Passion, Cupid’s Strike, Hunting Treasures, and Snowing Luck, you get free spins.

There are five free spins for every 100 spins you play on each of these games. If you stop playing before you reach 100 spins, have no fear. Your spin count begins where you left off the next time you play the same game. The special offer began on December 10th, runs through the New Year, and ends on January 10th, 2019. 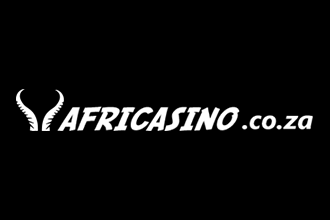 The Booongo Tournament brings you five different tournaments in 30 days. While the first tournament, the Booongo Warmup, ended on December 16th, there is still plenty more to go. Play the specially selected games during each new leg of the tournament, and climb the leaderboard to win.

The Merry Christmas and New Year Afterparty tournaments pay the players with the highest number of coins. This means that you can bet at any coin size, and still win the tournament. The Happy New Year and Booongo Hangover tournaments rely on the highest coin win in a single spin.

The Booongo Wish You Merry Christmas tournament runs from December 21st – 28th. The top 100 players each get a share of the €20,000 prize pool. Play Christmas Charm, Book of Sun, 88 Dragons, Lucky Xmas, Secret of Nefertiti 2, and God’s Temple Deluxe.

Booongo Wish You Happy New Year starts on December 31st, and ends on January 1st, 2019. The top 20 with the highest coin wins each get a share of €10,095. The specially selected games for this tournament are Lucky Xmas, Christmas Charm, Age of Caesar, Book of Sun, African Spirit, and God’s Temple.

New Year’s is over, and you might be suffering from a Booongo Hangover. Whether you are or aren’t, join in the fun with another top coins win tournament from January 2nd – 3rd. There is another €10,095 up for grabs for the top 20 players. Get spinning on Christmas Charm, Book of Sun, 88 Dragons, Lucky Xmas, God’s Temple Deluxe, and Secret of Nefertiti.